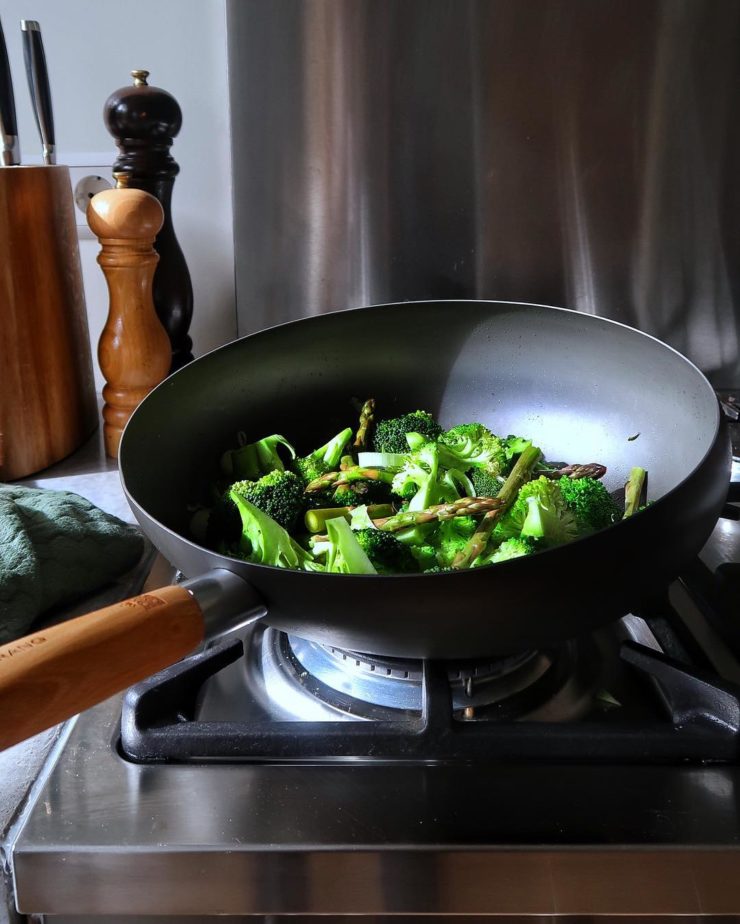 Good pans belong to great chefs! And therefore to the food influencers. The BK pans are an example of this. Our food influencers know this too. We have invited these influencers to join the BK campaign. This campaign is in the light of the by BK devised Woctober month!

The BK Wokarang has an unique design. Because of the bulging in the pan you do not have to grab it from the stove and you are able to brag the ingredients with the spatula without messing it up!
More information about the BK Nature Wokarang is over here: https://www.bk.nl/nature

What were the marketing goals?

How is this campaign set up?

Raoul & Rigel asked us to invite several food influencers and introduce them to the new BK product. We have sent the new BK product together with a suitable spatula and asked to prepare their favorite dishes with this wok pan. Of course it was important that they would share their experiences with their followers. Also, a giveaway has been added for the followers of our 14 food influencers to draw attention to the BK wok pan. They all got to give away a pan in October #woktober.

What were the results?

To answer this question we have drawn up the expectations: